Due to COVID-19, operations at many USO facilities are impacted. Check back often for updates and program offerings. More information

The Faces Behind The Forces: Richard Santiago 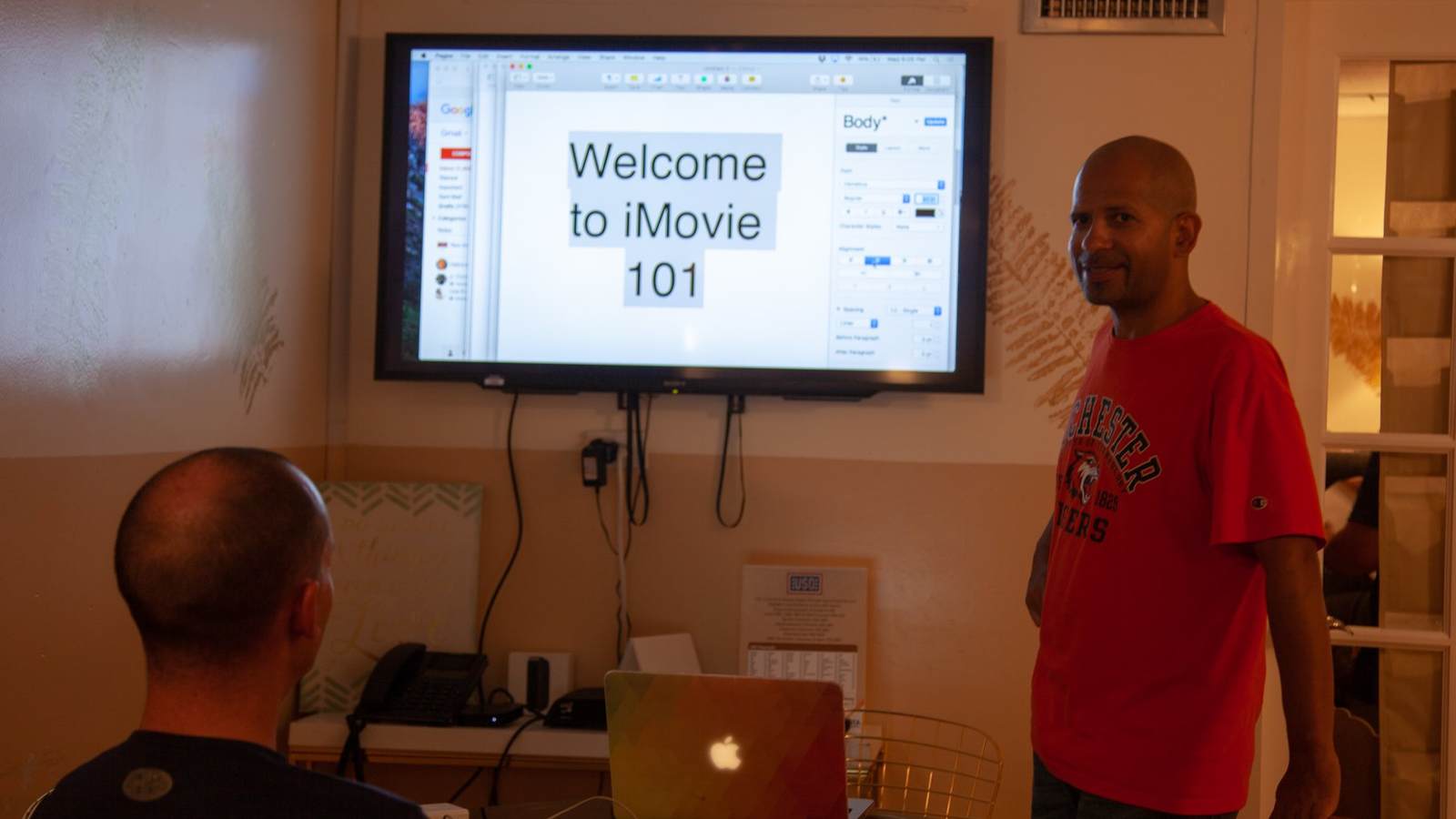 Richard sharing his knowledge of iMovie with our guests during his iMovie 101 Class. 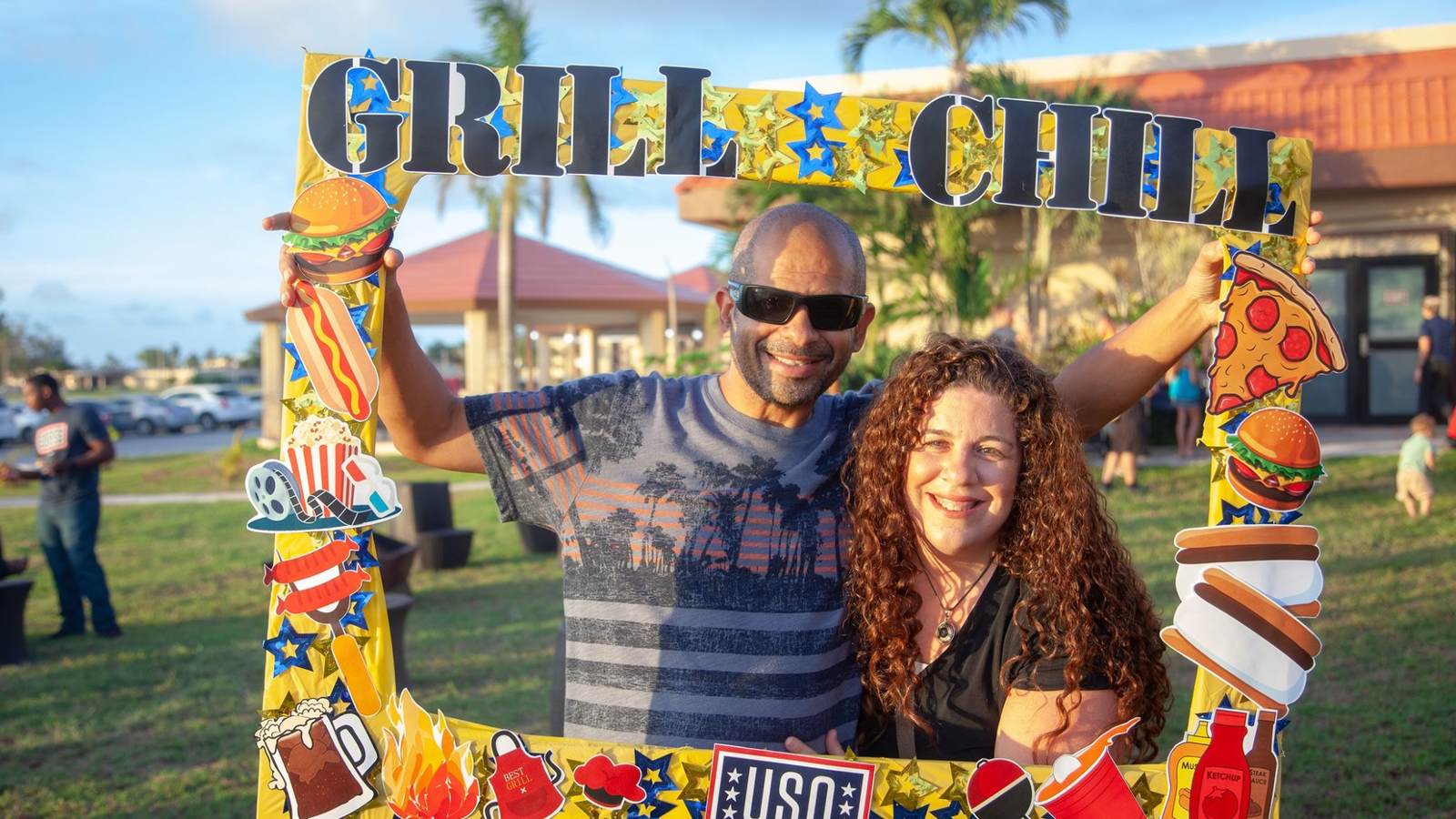 Richard with his wife at our Father's Day Grill And Chill 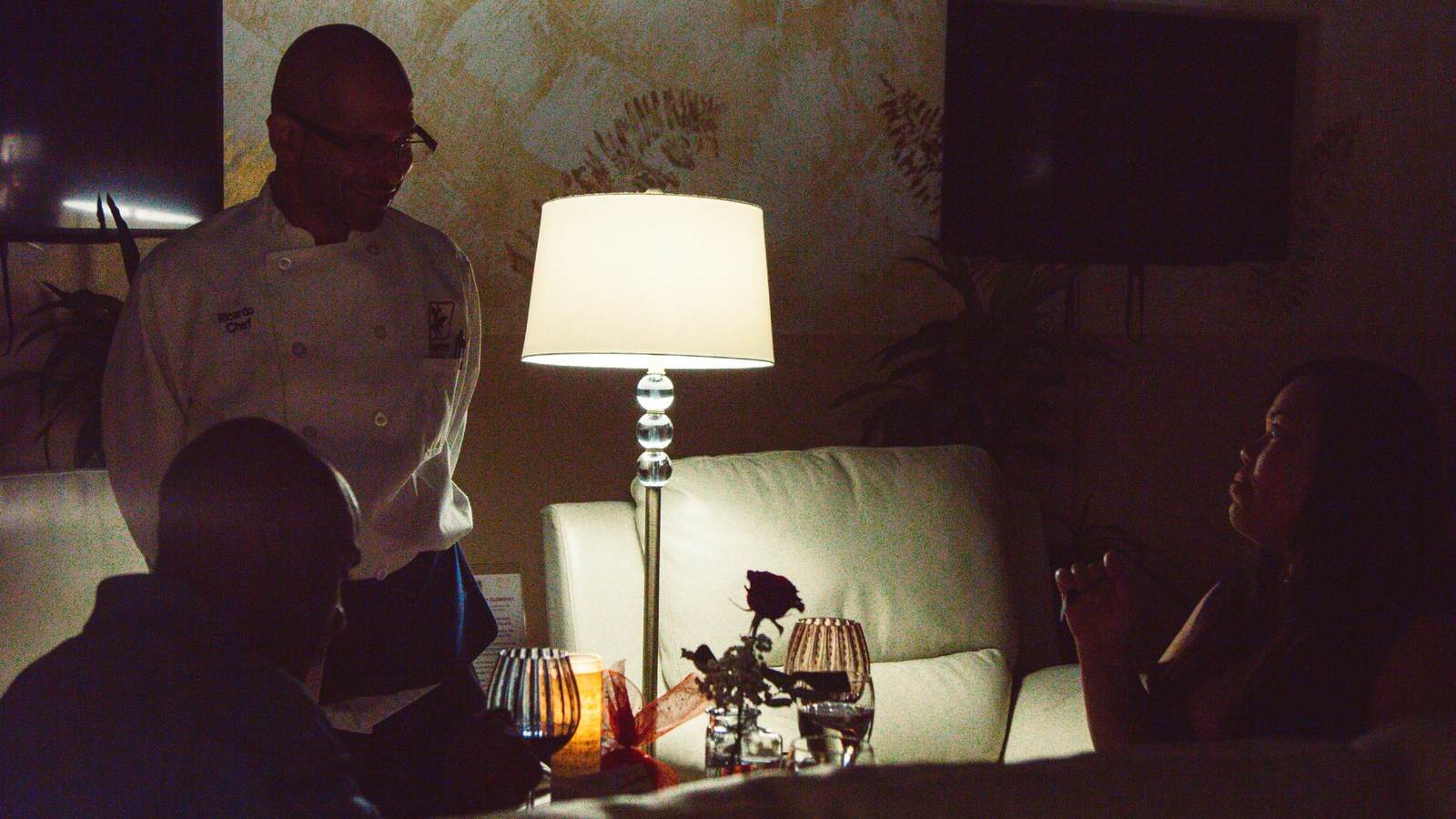 A filmmaker, entrepreneur, avid Yankees fan, and an active volunteer describes our next “Faces Behind the Forces” interviewee. Richard Santiago was born and raised in New York City. He and moved to Guam in 2018 with his wife who works as an Educations Technology Teacher for Department of Defense Education Activity (DoDEA). When his family first moved to the tropical island, his family needed somewhere to print their son’s school documents. After being rejected at many other locations, USO Andersen’s Center Manager, Jadine Lujan, granted a one-time exception so they could print what they needed for school. Richard was so moved by the over-the-top kindness he received from the volunteers and staff that day that he decided to inquire about volunteering. He ultimately registered to volunteer that same day after speaking with Jadine about what opportunities were available.

Volunteering with USO Andersen has allowed Richard to share his passion for film as he is often called upon to create short films to highlight many of our center amenities and programs that are featured on our USO Andersen and USO Guam Facebook Page. A couple of the programs he has worked on include the USO Guam/Matson Rock and Run For Our Heroes 5K and the USO Guam/GTA Golf For Our Heroes. His talents don’t stop at videography, however. Richard also has a culinary background and enjoys helping to prepare vegan meals for USO Andersen guests for the Tåya Kåtne (No Meat) Tuesdays. You may also recognize him as the chef behind the delicious steaks that were served at USO Andersen’s Couples Night events! Volunteering with the USO has also given Richard the opportunity to expand his network and share his expertise with others interested in film and photography. Richard jumped at the opportunity a couple of times to facilitate a beginner’s crash course for Apple’s iMovie for military service members and spouses.

Volunteering certainly provides wonderful experiences that can be carried throughout a lifetime. Richard’s most memorable moment was watching one of the films he created during USO Guam’s 2018 Six Star Service Salute event. The room was packed with more than 400 people for the sold out event which featured a “who’s who” guest list that included all the leaders from all military commands on Guam, representatives from our local government, and key business leaders throughout the island. Richard recalls sitting in the back of the room, watching and listening as comments were passed back and forth about how it was such an emotional short film that perfectly described USO Guam’s 2018 Year-in-Review. “I still to this day get people coming up to me telling me how touching it was.” Richard added.

Richard also plays an important role in our popular Operation Birthday Cake program which connects families stateside with single or unaccompanied service members on Guam celebrating their birthdays. Richard provides videos and photographs of the surprise birthday cake deliveries that are shared with each service member’s family. “I’m very passionate about trying to help people, emotionally.” he stated. As the amount of service members deploying or coming to Guam for temporary assignments increases, so do the birthday cake requests and opportunities to be a part of the surprise deliveries which Richard loves.

Richard began his film career after experiencing work place bullying for himself and wanted to tell the world about this issue, in the aim to end all bullying. He currently has a large social media following and helps numerous of adults and families with situations throughout schools to their places of work. When he is not volunteering at the USO, he is often making films for local businesses and spreads the word about his film - “Dear Bully”.