Welcome to USO Naval Base Guam 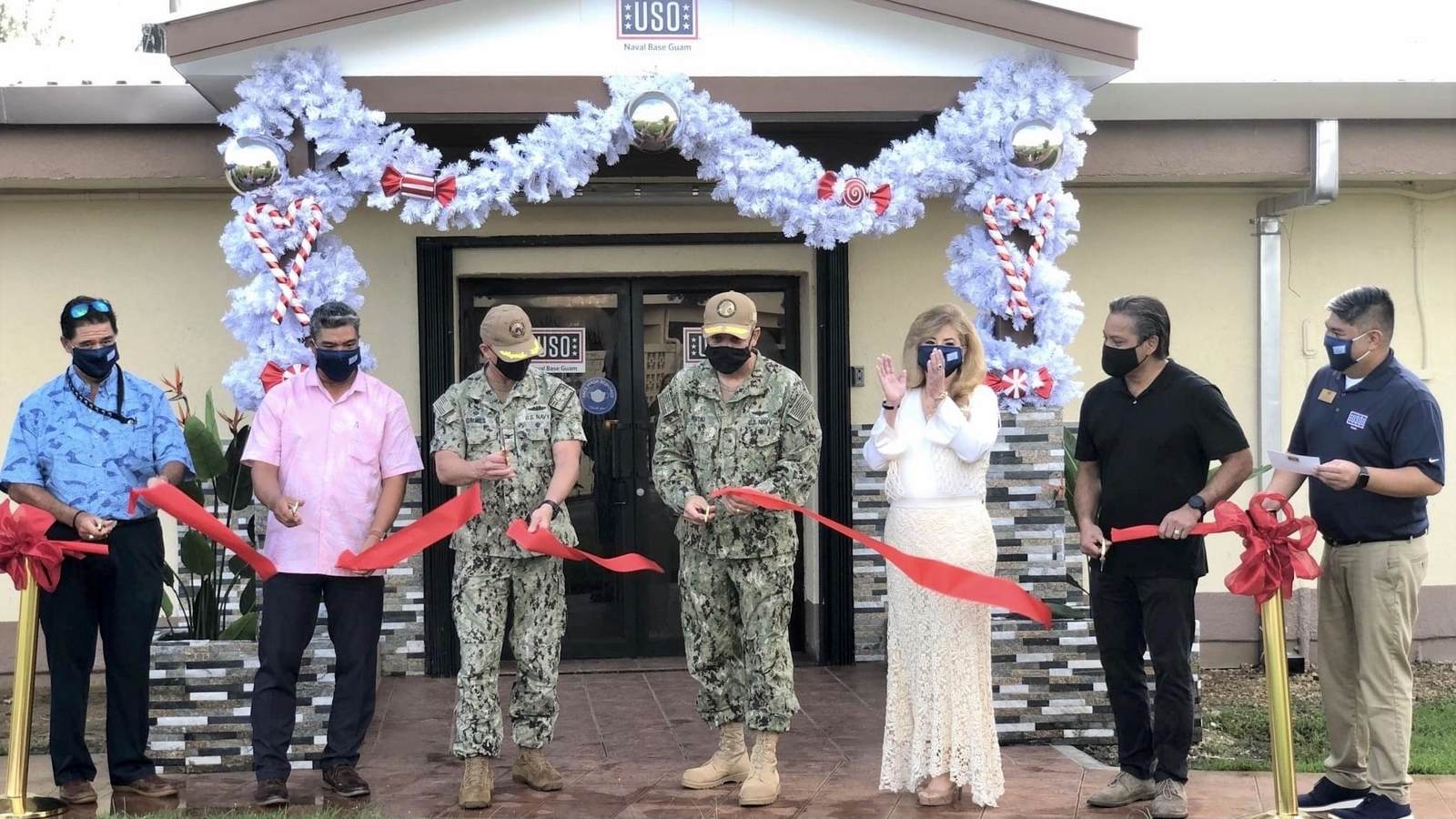 Hafa Adai from USO Naval Base Guam! Follow our Facebook page @USONBG to keep up to date on all upcoming programs and events.

Check out USO’s newest center, a state-of-the-art 5,000+ square foot facility located at historic Camp Covington on US Naval Base Guam.

USO Naval Base Guam will serve Navy and Coast Guard personnel and families assigned and deployed to Naval Base Guam and visiting Pacific Fleet ships. The USO center is outfitted with the latest in technology including digital fiber internet and cable services, a sports lounge with big screen televisons, and a gaming room with the latest equipment. The center will be a place for relaxation with a café, reading areas, and full-body massage chairs.

“The United States military strategy identified the Indo-Pacific region as our nation’s priority theater,” stated C.K. Hyde, USO Pacific Regional Vice President (Brigadier General, USAF, Retired). “Guam is an increasingly important part of that strategy. USO Pacific is proud to stand with our forward deployed military forces and families. This center signifies our return to a location where the USO established one of its first centers in a Quonset hut on Naval Base Guam during World War II.”

Captain Jeffrey Grimes, Commander, NBG, emphasized the USO’s importance to service members and families, noting that the USO has made an outsized contribution to the maritime forces on Guam during 2020. “The USO’s support of the USS Theodore Roosevelt was unmatched, and their support for US ships and crews visiting the Safe Haven of Naval Base Guam during the pandamedic has been a force multiplier. During this time, USO staff and volunteers demonstrated their passion and selfless support for our military community. This facility represents the USO’s long-term commitment to our forward deployed military forces.”

The support of donors and volunteers made the new center possible, said Leigh Leilani Graham, Area Director of USO Guam. “We thank our generous donors throughout the world and the local Guam community – in particular our Gold Sponsor GTA TeleGuam who donated all the digital fiber connectivity, cable and long distance for the center - who made this day possible,” said Graham. “We are extremely grateful for the National Football League’s incredible support over the years that has allowed the USO to expand our programs and services and further our mission. This special partnership with the NFL allows USO to bring football, holiday programming, and more to our Armed Forces serving and protecting us around the globe.”